How armed conflict is affecting wildlife in the Sahara-Sahel region

As a result of illegal wildlife hunting, which has increased due to regional armed conflict and the extraction of resources, 12 out of 14 large-sized vertebrates have been listed as threatened with extinction on the IUCN Red List of Threatened Species.

Experts have highlighted key actions to mitigate further loss of biodiversity in the region including raising awareness and environmental responsibility, reinforcing regional security and initiating wildlife monitoring and research projects.

The loss of biodiversity is a recurring theme across the world but in the Sahara-Sahel region, there is an added dimension: humans with weapons aimed at each other. Armed conflicts occurring in proximity to natural areas have contributed to the decline of wildlife populations in many parts of the world. From Cambodia, India, Iran, Mozambique and other countries that have suffered conflicts and civil wars, wildlife has been a source of nourishment for soldiers and local people as well as a source of funding such as the trade in ivory. Often, during these conflicts, agencies and programs which have been put in place to protect wildlife and their habitats cease to function for security reasons.

The semi-arid Sahel is the physical transition between the arid Sahara desert in the north and the mixed woodlands of the Savanna in the south. Despite the dry climate, studies have shown that there is more diverse and unique wildlife, especially at natural springs and waterholes, than previously thought (Brito et al. 2014). Together, the Sahel and the Sahara are home to charismatic megafauna like the addax Addax nasomasculatus, Dorcas gazelle Gazella dorcas and several predators most of which are endangered.

The human-economic dimension: the Sahara-Sahel complex is comprised of some of the poorest nations in the world. Poverty, poor governance, high levels of corruption, low human rights standards, and uncontrolled trade of firearms have contributed to the instability in the region.

The environmental dimension: persistent over-farming and over-grazing and unsustainable collection of firewood in the Sahel has led to increased desertification. The resulting crop failure and soil erosion are key factors in the spread famine in the region. Climate change has led to an expansion of desert habitat, negatively impacting small scale agriculture systems. This risks exacerbating conflicts by driving young people to emigrate in search of better prospects and fuelling smuggling and human trafficking in the region and contributing to a further decline in biodiversity.

Scale of armed conflicts: The Sahara-Sahel belt is rife with armed conflicts with a 565% increase since 2011. The region hosts up to 20% of all conflicts in Africa. In the southern parts of the region that have an ever-growing human population and where armed conflict persists since a long time, most of the megafauna has been eradicated.

Scale of vanishing species: The extraction of natural resources has risen steadily over the years to meet the growing global demand. Roads and other infrastructures that are developed for the natural resource extraction have become an entry point for illegal hunters. A direct result of illegal hunting is the threat to 12 out of 14 large-sized vertebrates, with some individuals remaining in zoos. The addax is listed as Critically Endangered on the IUCN Red list of Threatened Species with only 1-4 populations left in the wild. The Dama gazelle Nanger dama is also listed as Critically Endangered and is thought to have fewer than 250 individuals in disconnected populations across Niger and Chad.

The authors of the paper used a series of maps to investigate the incidences of conflicts and other threats to wildlife across space and time and have compared this information in relation to ten species that are found in the area. The species’ distributions were also examined in comparison with protected areas. The analysis showed a clear connection between the decline in wildlife populations and infrastructure improvement (i.e. building and maintaining roads gives greater accessibility to remote areas). An analysis of three Sahara-Sahel species, the addax, Dorcas gazelle and elephant Loxodonta africana, showed that wildlife population decline is also directly related to an increase in armed conflicts and extraction of natural resources. For example, the significant increase in oil exploration and extraction activities in 2009, contributed to the decline of addax populations in Niger. Two years after the inception of the Libyan conflict, dorcas gazelle populations declined drastically due to illegal killing. And populations of migratory species like the African savannah elephant were directly affected by the conflict in Mali.

The situation is critical and remnant populations of addax, dama gazelle, elephant and cheetah Acinonyx jubatus need urgent action to reverse their current population trend. It is likely that conservation action applied while conflicts continue will be inadequate. The gap between the rich and the poor is increasing globally and is one of the key causes of social insecurities. Solutions that seek to improve the socioeconomic welfare and education of the poorer sections of society will automatically be addressing the issues that drive the loss of biodiversity, such unsustainable bushmeat hunting. Such socioeconomic approached should also aim to offer alternative sources of income especially to young men for whom the only option appears to be to participate in the conflict as a source of employment.

Any chance of saving the unique biodiversity of the Sahara-Sahel region will need the combined participation of researchers, politicians, local communities and industries. It is time for a multi-disciplinary approach targeting several issues simultaneously: education, poverty, environmental awareness and a positive attitude towards wildlife. 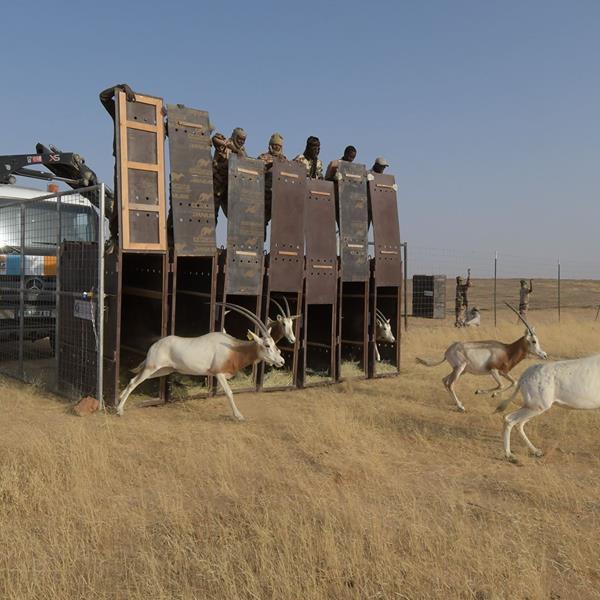 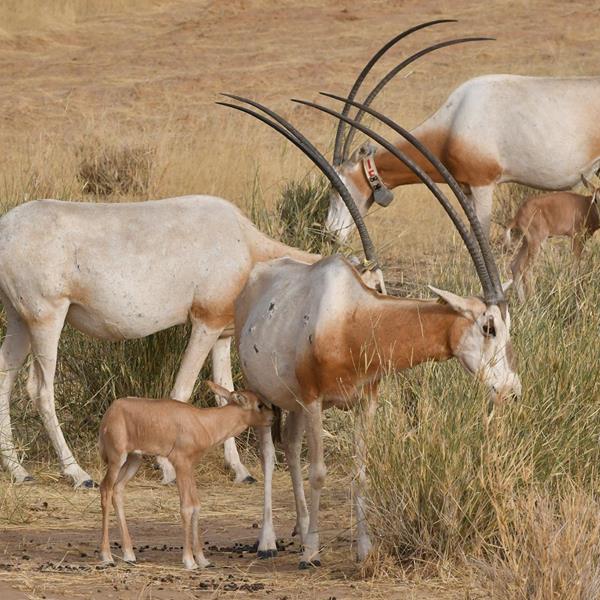 Access to the original paper "Armed conflicts and wildlife decline: challenges and recommendations for effective conservation policy in the Sahara Sahel" in Conservation Letters: https://onlinelibrary.wiley.com/doi/epdf/10.1111/conl.12446

The missing lynx: a conservation success story in the Andalusian mountains

Lionesses versus jackals in the Kalahari

Field Observations From a Mongolian Ger

Anti-poaching dogs of the Chyulu Hills: when domestic animals work in wildlife conservation

What is to become of Socotra?

How armed conflict is affecting wildlife in the Sahara-Sahel region

Stories and legends about Arabian Leopards in Yemen; people's perception of their top predator.

Africa Geographic picks up my text and photos about my afternoon with a leopard and her cub.